2nd game added to my closet

Axis & Allies - added to the closet 1992
I purchased Axis & Allies shortly after HeroQuest. I bought the game master edition and I had a blast with it. I wrote a companion game that works with Axis & Allies called "Nuclear". It utilizes all of the pieces and board from Axis & Allies but it covers the Nuclear Arms threat of the 1980's and alows players to use advanced weaponary, vehicles and long range missles. There is even the opportunity to drop an "A" Bomb on your opponent. I may post a demonstration of Nuclear in a future video or review. Keep in mind, I was only 15 when I wrote this companion game, so don't judge too critically :) 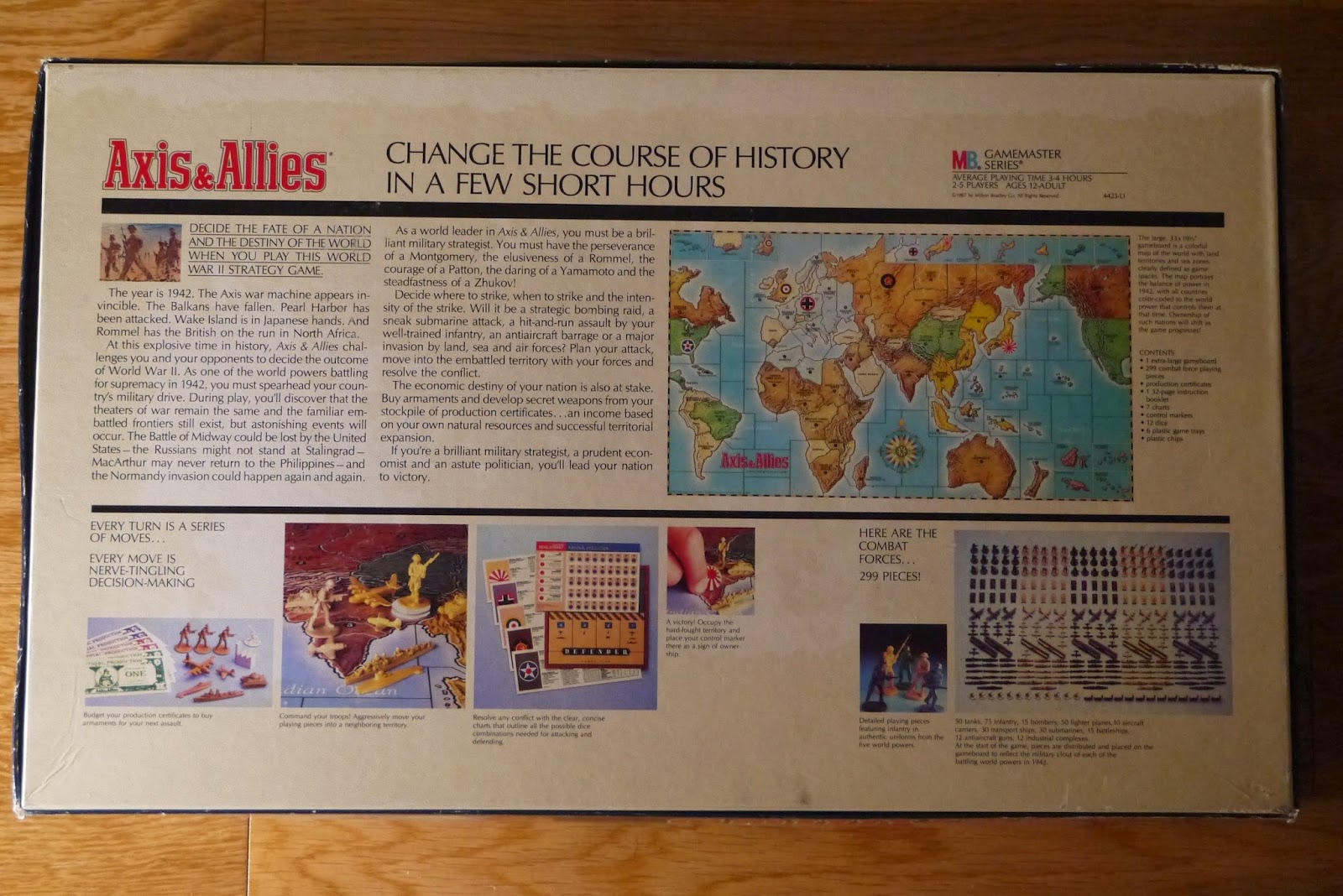